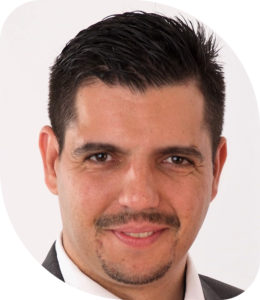 Introducing Miguel Mendao, Chief Technology and Data Officer, and learning how his expertise in AI and Data is contributing towards innovation in HealthTech

After two decades working for big corporations, last March I left the dark side to join Rinicare. To be quite honest, working for a start-up that focuses on healthcare and patient safety makes it a lot easier to get out of bed every morning.

And if there is something special about Rinicare – where my job can be described as turning bold ideas into reality – it is a team that is not afraid to push boundaries or to develop new concepts in a productive and yet scalable way.

It is a team of men and women who believe in the end goal of helping patients across hospitals and in improving the technology used by the healthcare providers that assist them.

Options to curb challenges in HealthTech

We face plenty of challenges every day as HealthTech is fairly new, constantly innovating, and the rules and regulations sometimes struggle to keep up with the technology. Some of these challenges are related to funding and in this case, I think about them in terms of known and unknown problems.

Known problems focus on optimisation or increased prediction. For those, we could benefit from a funding route focused on and measured by direct benefits/improvements. Unknown problems or exploratory challenges, such as new technologies or ideas, could benefit from a route based on potential. I believe that such an approach would allow us to drive both incremental and disruptive innovation.

Another challenge for HealthTech in general and digital health innovators, in particular, is access to ‘good data’. At the moment, many institutions still use commercial systems that make access to stored data prohibitive, both from a commercial and from a technical point of view. Easier access to data would speed up the development and testing process. This can be done while still respecting data regulations and ethics.

“You can’t stop the change, any more than you can stop the suns from setting.” (Shmi Skywalker, Luke’s mother)

These challenges don’t take anything away from this fascinating sector. I like to keep track of the work that is going on and that allows me to come up with more exciting ideas and projects.

One of the most recent developments and one of my all-time favourites is the Skywalker hand prosthetic. Developed at Georgia Tech, the technology uses ultrasound and deep learning to make detailed maps of small muscle movements in the forearm. This enables intuitive, finger-level control of a robotic hand and is life-changing. It’s a big step from EMG prosthetics that only have the scope to open or grip the whole hand at once. And the reason behind the name is obvious: the team at Georgia Tech effectively brought Luke Skywalker’s hand to life.

Sci-Fi movies are a great source of inspiration when we are talking about technology. In 2001: A Space Odyssey, astronauts carried handheld computers, and in Star Trek, crew members held Personal Access Display Device PADDs. Today we have tablets.

Video calls first appeared in the 1927 movie Metropolis, which featured a wall-mounted video phone. Today we have FaceTime and Zoom.

The medical world has been fascinated with devices used by medical officers from Star Trek since the 60s. In 2017 Qualcomm organised a competition to create the first real-life tricorder, a device that collected data from the patient, processed it through a database and delivered an accurate diagnosis. A prize of $2.6M was awarded to Frontier Medical Devices, a team from Pennsylvania who are further testing and improving the prototypes. Talk about Living Long and Prosper.

Recently, literature has taken upon itself to keep us grounded when it comes to Data, Machine Learning and Technology. We want to look into the future and create new tech but we must not forget where we come from, and how we can improve so that the future can be brighter. There are two books that I recommend.

Caroline Criado Perez, writer, speaker, and campaigner authored Invisible Women: Data Bias in a World Designed for Men. In her book, she tells us that “for millennia, medicine has functioned on the assumption that male bodies can represent humanity as a whole. As a result, we have a huge historical data gap when it comes to female bodies”. We must address this and include “female cells, animals and humans” in our research.

In Human + Machine: Reimagining Work in the Age of AI, Paul R. Daugherty, says: “companies can’t expect to benefit from human-machine collaborations without first laying the proper groundwork. Those companies that are using machines merely to replace humans will eventually stall, whereas those that think of innovative ways for machines to augment humans will become the leaders of their industries.” This is true not only for HealthTech but for any industry.

Learning from friends, to carve a new path

The inspiration for my work comes from my close friends: the one that was almost ordained a priest but is now a key figure in the AI community; the one that moved to a foreign country without speaking the language or having any connections, but still became successful in their field; the ones that started from scratch after personal and professional struggles.

The way they reacted, adapted and succeeded has been truly motivating.

Going back to my life before joining Rinicare, the path was not always straight but it was absolutely worth it. The last 5 years were spent in Asia, after 20 in the UK. Based out of Singapore, I built a solutions centre for AIMIA to service Asia-Pacific, Europe and the Middle East. That was before joining Deloitte where I integrated the Analytics & Cognitive team. The focus was on developing the Intelligent Automation and Data Science opportunities across sectors, a stint cut short by the economic consequences of a then looming pandemic. In Tokyo, I led the data-driven and customer-centric initiatives for relativ*.

My focus has determined my reality, and now that I am back in the UK, the focus is on Rinicare and in making HealthTech accessible and inclusive.

Rinicare’s dedicated and experienced team provide excellent customer support, that’s reliable and knowledgeable, so you can be confident that you’re in safe hands. We’re here to listen, so please get in touch.